Focus On What Is Working – Episode – 4 – Fill The Vacuum

Focus On What Is Working – Episode – 4 – Fill The Vacuum 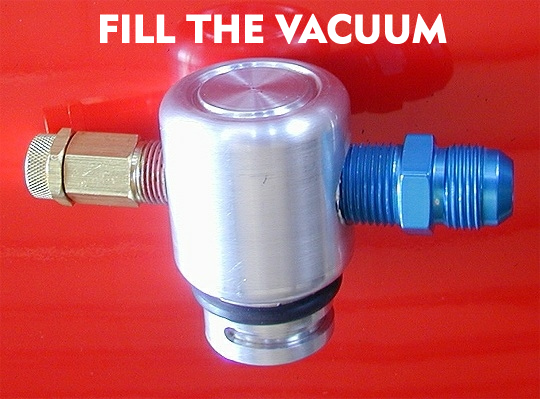 Focus On What Is Working - Episode - 4 - Fill The Vacuum

Hello everyone, welcome once again to Lifeclass. In today’s life class, I’m still talking on focusing on what is working, but in a new dimension. If you think Bartimeaus is too simple an example for you, of course Bartimeaus was blind and poor. I have another example of one who can see and is rich, he also identified something not working in his life but chose not to focus on it.

So it depends on which class you happen to fall into. Zachaeus wasn’t poor, he was rich, matter of fact, one of the richest men in town. Zaccheaus wasn’t blind, he could see, but he also had a problem. He knew some things were not working in his life, but also decided to make use of the ones working.

We’re going to learn something very different from the story is Zacchaeus in Luke chapter 19, verses 1 to 10. There was a light that glowed in me when I saw this, I know it’s the Holy spirit reminding me. Another fellow is Zacchaeus here, same location, same circumstance, but different personality.  Bartimeaus was blind and poor, he begged for alms, but Zacchaeus on the other hand was rich. Bible says he was rich – he was wealthy. He was rich in money but not in height. He also longed to see Jesus. The location was still Jericho. It seems Jericho has this history of providing that connection between the under-privileged and their saviour.

Maybe your own Jericho is where you are right now, a position where you need to connect with a higher authority, a position where you need to locate how to make things that are not working, work, by focusing on the ones that are working. Zacchaeus couldn’t see Jesus, not because he was blind. Unlike Bartimeaus, he wasn’t blind, but he was short. Their conditions were different, but the circumstance seems similar. Both needed Jesus. You need Jesus too!

You may be saying, I don’t have the kind of problems others have. That you have money or access to some luxury that others don’t have does not foreclose your need for the saviour or his higher authority. Everyone has a vacuum in his life God alone can fill. The earlier you identify and acknowledge this vacuum, the better. If you discover your need for God’s higher authority in your life, you save several things quite early.

So Zacchaeus couldn’t see Jesus, not because he was blind, but because he was too short to look over the crowd. I’m sure all he could see from the crowd were people’s backs and shoulders. Jesus was right there within the crowd. But guess what? Also in transit, just as he was, when Bartimeaus cried out to him.

Listen to this. God is always working. Always saving someone, always healing someone, always delivering, providing, and prospering His people. He’s always moving in on the issues people call him into. He’s always in transit. So it may appear he’s not looking your side. It may appear he has left you all alone, as if he cares not about the turbulence going on around your boat. Remember that’s how it appeared to Jesus’ disciples when Jesus was sleeping in their boat. Even though he was in transit with them, he was sleeping. They had to wake him, before he calmed the storm around them. So you need to take your matter to him, you seriously need to. But my teaching here is that the way to do that is to start by making use of the few things working, and take those as a tool to getting Jesus attention on your areas of need.

See Zacchaeus now, you may want to pity him for been too short to see Jesus whom everyone saw easily, but Zacchaeus, just like Bartimeaus refused to be pitied and held back by his height. Zacchaeus was short, but he had legs to run ahead of the crowd and climb a sycamore tree on Jesus path.

You can’t say there’s nothing you can do to save your situation or get things working, as long as something at least is still working in our life.

The moment you give up seeing any possibility in your whatever you do, then you have set yourself up for failure.

Zacchaeus chose not to be pitied for his shortness, he instead ran ahead of the crowd and climbed a sycamore tree. He climbed and waited patiently. Now, Talking about patience!

Zacchaeus waited patiently on that sycamore tree until Jesus passed by. Jesus was a celebrated and sought after teacher and could have been intercepted by some other persons who needed healing just as the woman with the issue of blood intercepted him the other day. So, it wasn’t quite predictable whether, or when he will pass by that sycamore tree, but Zacchaeus was patient. He knows that as losing as he waited for the saviour to pass by, there’s full guarantee he’d see him. So you need patience. When we stay focus on what is working, we mean stay patiently long enough with the things you have a grasp of believing in God that they’ll eventually produce what you need.

Bible says “Let us not be weary in well doing: for in due season we shall reap, if we faint not.”  – “Even after you have done the will of God, you need patience to obtain the promise.” That’s what the Bible says.

You need patience to obtain just just about anything in life

Zaccheaus made his height look less important; he refused to be docked by that lack of height, just as Bartimeaus also refused to be held back by his blindness. See you have allowed these things to hold you back for too long. Now,pick that pen, get that writing pad, prepare that proposal, fine tune that résumé, write that book, make that trip, attend that programme, enrol for that course, stop giving excuses. If something will not work, another one will, if one school has refused to admit you, apply to another, if one degree seems too expensive, put in for a less expensive one. Please, you’ve allowed yourself to be held down and back for long enough, you’ve stayed on this mountain for too long, now is the time to focus and spring up. Jesus is with you now, he has always been, God’s got your back. Get hold of something you have and use it to activate what is not working. Get what you don’t have.

So as expected, Jesus got there, to that sycamore tree and looked up, saw Zaccheaus, just the same way he looked back when Bartimeaus cried out. Of course when the master looks up, the multitude moving with him would have looked up to see who he was looking at. Now, the Short man who could only see as high as people’s shoulder, became a spectacle for the crowd. That’s what happens when you choose to focus. When you concentrate your energy on the things that work, you would not know that you’re already going ahead of and surpassing people’s expectations and imaginations about you. You’re already setting yourself up for greatness, just as Zacchaeus did.

Because you have put all your energy on that one thing you identified as working in your life, you move very fast and you may not even know it. By the time you arrive, it would look like you’re the only one who has been running. Zaccheaus became a spectacle of the crowd because of course when Jesus looked up and saw him, everyone did. Zaccheaus became a star! If you also want to be seen by everyone, and you want to be announced, you want to be advertised and noticed, you want to become an envy for the world. You need to first come to Jesus and then begin to focus on your abilities and not your inabilities.

Zaccheaus was short but wouldn’t focus on his height. He was rich though, but he still had a vacuum that must be filled. You may need to start identifying the things money has not been able to do in your life. If you have money and you’re still sick,  and your money has not been able to purchase Your healing, then you need to shift focus from money unto Jesus. If you choose to spend that money on other people’s healing, you’re sowing a seed that God will reward. What if you spend your money to push the gospel of Jesus Christ, meaning you’re giving  people the opportunity for healing for their souls? Your healing will be perfected as a reward for your seed sown. All I’m teaching here’s is that as long as you substitute that focus on your sickness for something more worthy and promising, beginning by focusing in Jesus the author and finisher of your faith, you’re on the path to victory.

Lord Jesus, I receive you into my life today. Look on me, because when you do, everyone will, and I will become a spectacle of the world. My name is written in the book of life. I’m yours and I’m free forever. Thank you Jesus. Amen

That’s life class for today, Join me tomorrow by God’s, many thanks.